Hi,
We are pleased to announce the release of GCompris version 0.95. 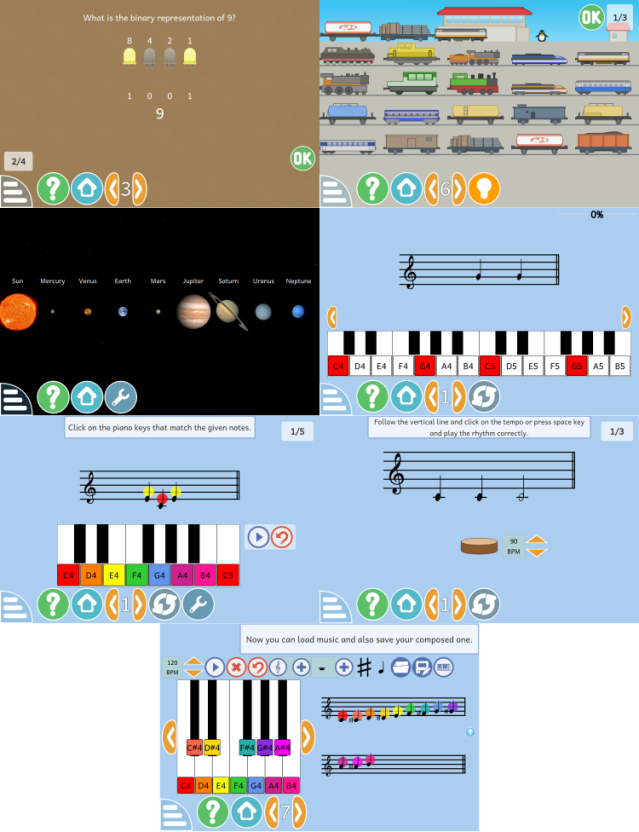 You can find packages of this new version for Linux and Windows on the download page. This update will also be available in a few days on the Android and Windows store. For Raspberry Pi, we’ll provide an installer in the beginning of 2019. The updated versions for MacOS and iOS are still not available, we hope to be able to release those during next year.

Another way to help is to write some posts in your community about GCompris, and don’t hesitate to give us feedbacks.

-On Linux and Windows, we used to have two separate installers for OpenGL and software rendering. Now both rendering modes are available from the same installer. By default we try to use the OpenGL rendering, and if not working, we show an error and switch to the software rendering. This automatic switch is new and may not work everywhere. In case it doesn’t, you can manually select the software rendering mode by editing the configuration file (in ~/.config/gcompris-qt/gcompris-qt.conf for Linux, %LocalAppData%/gcompris/GCompris.conf for Windows): find the line renderer=auto , replace auto with software and save the file. We are also interested to get some feedback to help us improve this auto-detection.

-For the Malayalam language, we noticed some issues with the default font “Andika-R”. We recommend Malayalam users to select the font Noto-Sans-Malayalam from the application menu (if it is not available in the list you need to install this font on your system to be able to select it).

Thank you all,
Timothée & Johnny

One thought on “Release GCompris 0.95”